The Centre for Creative Arts

The Centre for Creative Arts is Pleased to offer our Healing Arts Program (HAPI). HAPI is designed to provide artistic opportunities to anyone that faces a barrier that would otherwise keep them from participating in Artistic and Cultural programming. We aim to be inclusive and wide reaching, servicing students with varying ages, social and economic backgrounds and ability levels. In 2020, our youngest HAPI student was 6 and our most senior student celebrated their 100th birthday. Last year nearly 1000 students participated in the program locally. 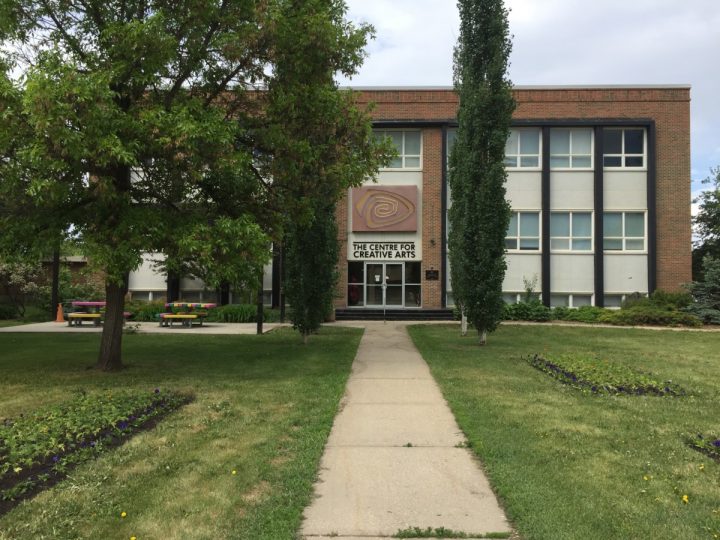 MISSION STATEMENT: To Offer a Creative Experience that encourages the teaching, expression and celebration of the Arts.

VISION STATEMENT: To be the Centre of the Arts Experience

The origins of The Centre for Creative Arts can be traced back to 1934, when the first art class was taught by Evy McBryan and Betty McNaught at the Grande Prairie Art Club. At this time the classes were held on the top floor of the old courthouse. By 1964, the name had changed to the Arts and Crafts Centre and the course offerings had expanded to include weaving, leatherwork and other crafts.

As program enrollments were continually increasing, the Arts and Crafts Centre moved into a converted World War II “H” hut.  Pottery, stained glass, painting and dance classes were added to the list of courses offered.  In 1992, as a result of unsuitable health and safety standards at the old H Hut, the Grande Prairie City Council agreed to move the Centre to the current location at the Old Provincial Courthouse.